Vanderhagen’s lawyer said client was merely lashing out at the court system regarding a custody case involving his young son, who died two years ago in the custody of the boy’s mother.

Vanderhagen had sought sole custody of his 2-year-old son, Killian. … The case has received national attention and sparked debate about free speech and fathers’ rights.

THE THREAT? (September 18, 2019) – “Dada back to digging & you best believe I’m gonna dig up all the skeletons in this court’s closet.” There is a photo of the man, Jonathan Vanderhagen, holding a shovel with the initials RR on the handle, with Families Of Corruption on his shirt, and the words: “The misuse of public power (by elected politician or appointed civil servant) for private gain.” The Macomb County logo appears in the background.

Judge Derrick is facing a class action lawsuit by six Plaintiffs jn Nakita Mahoney et al. v. Judge Derrick, White County Circuit Court, Case No. 73CV-18-874, filed Novdember 14, 2018. The first paragraph in the complaint states: “This action seeks declaratory relief for thousands of people in White County, Arkansas, who have been and will be deprived of state and federal rights by the policies and practices of District Court Judge Mark Derrick. Those policies and practices have created an illegal, modern-day debtors’ prison in White County.

Judge Derrick has an addictive habit of convicting innocent innocent people. He  and Judge Milas Hale (sepecial judge from Sherwood District brought in because I forced Judge Derrick to recuse himself in my first case about 2 yeays ago because he made prejudicial remarks about me in open court. Judged Milas Hale immediately convicted me of a misedemeanor despite the fact I filed exculpatory motions proving my innonence. Judge Milas Hale faced a debtors’ prison lawsuit in 2016-17. Two judges sued for running a debtors’ prison scheme? That cannot be a coincidene. It has to be a conspiracy. I was subsequently falsely convicted in another misdemeanor case when I was running for Mayor of Kensett. It was Kensett District Court Clerk and Mayor’s Assistant Christina Alberson who committed the crime of Entrapment (Arkansas Code § 5-2-209(a) Entrapment) that lead to my next False Conviction.

I am at imminent risk of facing another false conviction from a false Affidavit for an Arrest Warrant filed by former White County deputy sheriff, Bruce Menser, a cousin to my mother’s in-law in an ongoing family feud. September 24, 2019 is my Plea Date. I am fighting this corrupt Judge Mark Derrick and Prosecutor Don Raney with the vengeance of innocence in accordance with proper legal prcedeure and proper legal arguments.

Since a judge cannot convict anyone without a prosecutor I am going after both Judge Mark Derrick and Prosecutor Don Raney on conspiracy charges for disbarment. To that end I filed 12 Amicus Curiae Briefs, 1 Mandatory Judicial Notice of Adjudicative Facts, 2 Letters to President Trump, and a Rule 2.15 Notification Under the Judicial Code of Conduct.

Citing Heather A. Butler, Why Do Smart People Do Foolish Things? Intelligence is not the same as critical thinking—and the difference matters., Scientific American | Behavior & Society, October 3, 2017. 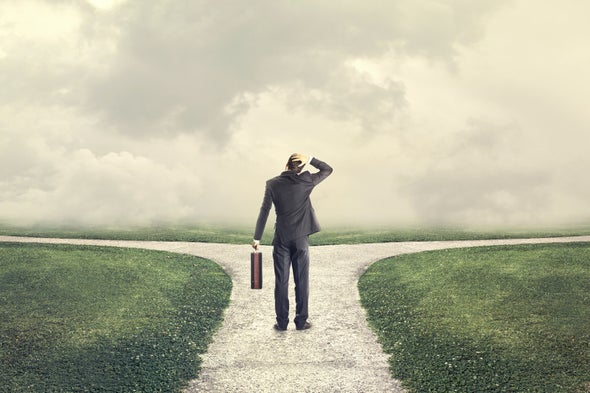 University of Waterloo psychologist Igor Grossmann and his colleagues argue that most intelligence tests fail to capture real-world decision-making and our ability to interact well with others. This is, in other words, perhaps why “smart” people do “dumb” things.

Intelligence and improving intelligence are hot topics that receive a lot of attention. It is time for critical thinking to receive a little more of that attention. Keith E. Stanovich wrote an entire book in 2009 about What Intelligence Tests Miss. Reasoning and rationality more closely resemble what we mean when we say a person is smart rather than spatial skills and math ability. Furthermore, improving intelligence is difficult. Intelligence is largely determined by genetics. Critical thinking, though, can improve with training, and the benefits have been shown to persist over time. Anyone can improve their critical thinking skills. Doing so, we can say with certainty, is a smart thing to do.

YOU CAN READ EACH AND EVERY DOCUMENT I FILED IN THE NAKITA MAHONEY CASE BELOW OR READ ALL THE DOCUMENTS FROM THE DOCKET ONLINE HERE.

(03) May 20, 2019: Amicus Brief – Objectying to Defendant Judge Mark Derrick’s Motion & Brief For Judge on the Pleadings.

(09) September 3, 2019: Amicus Brief – I Filed the Briefs Listed Below Against Judge Derrick Because I Am Innocent But He Falsely Me of Misddemeanors Anyway.

(13) September 16, 2019: Amicus Brief – I Am Preparing My Complaint of Cognizable Misconduct of State and Federal Judges and Prosecutors Nation Wide Including the Justices of the U.S. Supreme Court for the Judicial Conference of the United States in Accordance with 28 U.S. Code § 331.

(15) September 17, 2019: Amicus Brief – Absolute Immunity is Based Upon a Judge’s Sexual Assault (Sterilization) of a 15-Year-Old. Absoute Immunity Must Be Abolished.

(16) September 18, 2019: Rule 2.15 Notification Under The Judicial Code of Conduct: Judge Derrick is Disqualified for Bias, Loss of Impatiality, Loss of Fairness and for alleged Incompetence for FRefusal to Sua Sponte Dismiss Kesent District Court Case No. CR-19-433n with Prejudice Based on a False Affidavit for Arrest Warrant and for Refusal to Expunge My Previous Misdemeanor False Convictions as Tainted by His Prejudice Against Me Under Rule 2.11 of theJudicial Code of Conduct.