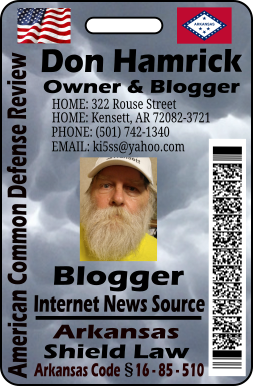 The Mammatus Clouds in my blogger ID above represent the turbulent nature of the human race in every country in the world. Weather is global. So is corruption. Corruption has been a part of the human race throughout the history of mankind. The human race through the ages tried to live by high and proper religious and moral codes. The most prominent are religious codes as shown in the poster below. The Culture of Corruption or the Corruption Culture if you want to describe it that way, is the opposition against the Golden Rule. The Golden Rule, also known as the Reciprocity of Ethics, is part of almost every religion in the world. The Reciprocity of Ethics become a Unilateral Code of Ethics when other people have no ethics at all.

The Seven Universal Stages of Arguments

The Measure of Corruption is gauged by the Seven Universal Stages of Arguments when dealing with government officials or dealing with people in society in general. The text below in italics are the official definitions. The added text is my applied definitions relating to society, politics, city governments, and courts: {1}*

(people consider arguments consistent with their own judgments superior to countervailing ones). Prior attitude effect: “Subjects who feel strongly about an issue—even when encouraged to be objective—will evaluate supportive arguments more favorably than contrary arguments.” PriorBelief Effect: “People tend to accept at face value those arguments that are compatible with their prior beliefs but tend to scrutinize those arguments that are incompatible with their prior beliefs.” These two effects are the core causes of corruption. Some judges and prosecutors become jaded by their occupation, as do people in every occupation.  These effects are easy to detect in emails and in people’s behavior. It is easily noticed when people argue against known facts.

(people seek out information that confirms beliefs). Confirmation bias: “[People are]free to choose their information sources. They will seek out supportive rather than contrary sources.” In other words, people will believe whatever they want to believe and they will confirm their mistaken beliefs with evidence supporting there mistaken beliefs.

(attitudes become more extreme despite exposure to balanced pro and con arguments). “Attitude polarization: Exposing people to an apparently balanced set of pro and con arguments will exaggerate their initial polarization.”At this stage, after the initial presentations of arguments and neither side acknowledges the true facts of the correct argument is when the lines of argument are drawn and the incorrect side refuses to listen to reason. Attitudes become polarized. An extreme example of this behavior is the JerrySpringer Show and litigation in state and federal courts, and complaints to judicial/attorney ethics commissions.

(motivated skepticism increases with stronger policy attitudes). Attitude strength effect: “People voicing stronger attitudes will be more prone to the above biases.” This is when animus increases after the Attitude Polarizationsolidifies.

(politically more knowledgeable people display greater motivated skepticism because their knowledge base allows greater counterarguing of incongruent information, even when they are wrong in their argument). Sophistication effect: “Politically knowledgeable people, because they possess greater ammunition with which to counter-argue incongruent facts and arguments, will be more prone to the above biases.” Prosecutors and judges are prone to this behavior.

*{1} Pettifoggery is my addition for the argumentative nature of party politics, federal courts, and arguing in-laws.

Belligerence is the final stage of argument where proper discourse becomes social and/or legal aggression. Further negotiations are futile at this point. This is when false allegations of slander, libel, and false police reports occur outside official channels and splash in state and federal courts or on the Jerry Springer Show

My philosophy of life is a variant of Newton’s Third Law of Motion: To every disadvantage, there is an equal and opposite advantage. This philosophy applies to the adversities of life that the Corruption Culture wages against society at large living by The Golden Rule, also known as The Reciprocity of Ethics. Not everyone lives by The Golden Rule. In face of that fact, The Golden Rules gets reduced to a Unilateral Code of Ethics before resorting to base human instincts to overcome adversities through self-defense against aggression or physical assault. That begs the question for self-defense in the immediate sense versus waiting for the police as the people’s First Responder. The traditional definition of First Responders is itself a Stigmatic Harm from Unconstitutional Conditions brought about by corruption in government.

First Responders are currently thought to be the professional emergency services. Sherrif & Deputies, Police, Firefighters, and Emergency Medical Technicians. That’s the myth of First Responders. They are the Second Responders!

Lawfully armed citizens under State laws with excessive State and Federal gun control laws is not what the Common Defence was originally intended.

The Common Defence was originally intended to be the shared jurisdiction of We, the People and the local, State, and Federal Government. Not anymore! Not for a long time!

I posit the probability that the United States policy of getting tough on crime we are now living under the Stigmatic Harm from Unconstitutional Condition through the Law of Unintended Consequences. The getting tough on crime through stronger enforcement of unconstitutional gun control laws violating the human right and constitutional right of self-defense by compelling the surrender of the right to keep and bear arms that the United States has now become a country with the most people in prison than any other country in the world.

That begs the question of how much will crime drop if We, the People were left alone with our right self-defense to keep and bear arms in society. The prime example is National Open Carry in society everywhere in all 50 states.

I pride myself believing I am a logical, analytical pragmatist. I use critical thinking and Occam’s Razor to examine any problem or issue to arrive at the best solution. And what better problem to resolve is the quagmire of the Gold Standard for the Second Amendment’s National Open Carry under the Common Defence Clause and the Privileges and Immunities Clause and the Ninth Amendment. The Second & Ninth Amendments, by definition, are now our “Lamentments” under the Stigmatic Harm under Unconstitutional Conditions from a corrupt federal government. It is now a national delusion and has been since the National Firearms Act of 1934.

The NRA declined to help me with my National Open Carry case even though it is the Gold Standard for the Second Amendment.

I appealed my National Open Carry as a U.S. merchant seaman to the U.S. Supreme Court in 2003. I had opposing opinions from two U.S. courts of appeals on the Second Amendment. One said it was an individual right. The other said it was not an individual right. That would normally guarantee an appeal would be heard under Rule 10(a) of the Rules of the U.S. Supreme Court:

Cohens v.Virginia, 19 U.S. 264, at 404  (6 Wheaton 264) (1821) “It is most true that this Court will not take jurisdiction if it should not; but it is equally true that it must take jurisdiction if it should. The judiciary cannot, as the legislature may, avoid a measure because it approaches the confines of the Constitution. We cannot pass it by because it is doubtful. With whatever doubts, with whatever difficulties, a case may be attended, we must decide it if it be brought before us. We have no more right to decline the exercise of jurisdiction which isgiven than to usurp that which is not given. The one or the other would be treason to the Constitution. Questions may occur which we would gladly avoid, but we cannot avoid them. All we can do is to exercise our best judgment and conscientiously to perform our duty. In doing this on the present occasion, we find this tribunal invested with appellate jurisdiction in all cases arising under the Constitution and laws of the United States. We find no exception to this grant, and we cannot insert one.”

You can download my newest Petition for Certiorari to the U.S. Supreme Court. My appeal was returned three times for miscellaneous errors in the filing papers. It got too expensive for me. I couldn’t afford the expenses. I gave up. I offer the information in my attempted appeal here. Just hit the DOWNLOAD button. Don’t forget to check out my political poetry on the Second Amendment in the last 9 pages. You will be glad you read the political poems.

QUESTIONS I WILL NEVER GET
TO PRESENT TO THE U.S. SUPREME COURT

(1). Does Young v. State of Hawaii, 9th Circuit, No. 12-17808, D.C. No.1:12-cv-00336-HG-BMK (Opinion filed July 24, 2018) confirm National Open Carry is the Gold Standard of the Second Amendment right to keep and bear arms under the Common Defence clause and the Privileges and Immunities Clause of the U.S. Constitution, Article IV, Section 2, Clause 1, also known as the Comity Clause. The Comity Clause prevents a state from treating citizens of other states in a discriminatory manner. Additionally, a Right of Interstate Travel with Open Carry may now be constitutionally inferred from the clause.

(2). Does Young v. State of Hawaii support the right of U.S. merchant seamen to travel intrastate and interstate while openly armed in and through all 50 states, i.e., National Open Carry, characterized as the Gold Standard of the Second Amendment right to keep and bear arms

ABOUT THE ARTICLE V CONVENTION

ARTICLE V:  The Congress, whenever two thirds of both houses shall deem it necessary, shall propose amendments to this Constitution, or, on the application of the legislatures of two thirds of the several states, shall call a convention for proposing amendments, which, in either case, shall be valid to all intents and purposes, as part of this Constitution, when ratified by the legislatures of three fourths of the several states, or by conventions in three fourths thereof, as the one or the other mode of ratification may be proposed by the Congress; provided that no amendment which may be made prior to the year one thousand eight hundred and eight shall in any manner affect the first and fourth clauses in the ninth section of the first article; and that no state, without its consent, shall be deprived of its equal suffrage in the Senate.

However, the subsequent culture of corruption  to preserve the hold on power prevented any amendments by the application of the legislatures of two thirds of the several states.

Recent discussion with House of Representatives Parliamentarian Tom Wickham, Congressman Jared Polis (D-CO) and FOAVC supporters provided the actual reason Congress, despite hundreds of applications from all 50 state legislatures, has never called an Article V Convention. The reason: Congress has no rule sin place to count the applications and issue the necessary convention call. Without procedural rules in place no convention call will ever be issued by Congress irrespective of  whether state applications contain identical language, address the same subject or are counted numerically regardless of subject and language because no process exists for Congress to count the applications and issue the convention call. You can see a video discussing the problem at this link.  (Note: if this link does work on your computer, please use this link.) Further information can be read here.