SOURCES FOR MY COMMENTARY: 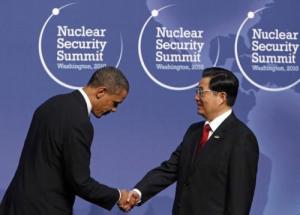 And if the plan doesn’t work, the decision to eliminate shortwave broadcasting is nearly irreversible. Once America has released these frequencies, they will be acquired in the free market by those who will make robust use of them. Moreover, once VOA lets go more than half of its Mandarin Service, where will it get broadcasters if there is another Tiananmen Square massacre? When we realize the critical nature of this mistake, there will be nothing we can do – no going back.

The Broadcasting Board of Governors (BBG), which oversees Radio Free Asia (RFA) and Voice of America (VOA), among other broadcasts, is preparing to implement what some inside observers have termed a “strategic disintegration plan” – marking America’s exit as a bona fide force in international broadcasting. Troubling components of the plan, as stated in the fiscal 2012 budget submission, include eliminating language programming such as Mandarin and Cantonese and cutting back dramatically on critical modes of broadcasting by both hours and frequencies.

Public access to information from worldwide sources empowers citizens of all nations to make informed decisions and exposes dictators for what they are – power-hungry, illegitimate and increasingly scared of their own people’s desire to have a say in their government. Now is the time to increase worldwide access to information – especially when a void is created by other broadcasters’ budget-driven cutbacks. This is not the time to pull the plug.

FAIR AND SILENT – According to sources at VOA, the work environment had turned sour as pressure from management led to on-air hosts self-censoring themselves.

“There’s a lot of anger,” said an employee at the Voice of America (VOA) Chinese service who, like dozens of others, could find herself out of a job if plans by the US government to drastically cut its funding proceed as planned.  . . .

The budget, which has been submitted to US Congress, has yet to be approved. If the cost-saving measures are approved, the VOA Chinese service would go off the air on Oct. 1 — which would coincide with National Day in the People’s Republic of China.

As the US Congress debates the matter, angered employees at the VOA Chinese service have launched a petition drive and plan to send letters to Congress, as part of efforts that are being replicated by a number of individuals and groups — including a prominent US-based human rights organization — that oppose the service’s likely fate.

“This is another alarming sign that America is cowering before China’s gangster regime,” Representative Dana Rohrabacher said.

“The Chinese people are our greatest allies and the free flow of information is our greatest weapon,” said Rohrabacher, a Republican and member of the House of Representatives’ Foreign Affairs Committee.

To save about US$8 million, VOA is firing 45 of its 69 Chinese-speaking journalists and as of October next year will stop all of its radio and TV programs aimed at China. Instead, it will expand Internet and other digital media efforts — especially mobile-phone operations — to get uncensored news into China.

Sources say that there is enormous opposition to the plan within VOA and the conservative Washington Times has quoted an unnamed US government official as saying that in Tibet and Xinjiang, “shortwave is a lifeline to those who are cut off from all but the official media.”

“Those who are limited to shortwave still represent millions of highly motivated information seekers,” the official said.

“Beijing puts millions of dollars into jamming shortwave signals to keep out stories about a dissident talking about nonviolent dissent, the Dalai Lama discussing the real situation in Tibet or growing protests throughout China by those who have been displaced by government malfeasance,” he said.

At the same time, China is greatly expanding its own propaganda broadcasting service, especially programming aimed at North America.

Other sources have told the Taipei Times the Chinese government lobby in Washington had been working hard to persuade the administration of US President Barack Obama that VOA broadcasts amount to “an unfriendly gesture.”

“The decision by VOA to end its broadcasts into China is a major victory in the propaganda war for Beijing,” a senior congressional staff member said.

While moving online may appear to make VOA’s message more vulnerable to Chinese censorship, shortwave is itself not immune to interference. The Broadcasting Board of Governors, which oversees VOA, has described jamming of shortwave broadcasts by China as “an ongoing problem”. Inharmonious foreign radio is routinely drowned out by Firedrake, a notorious (at least among radio enthusiasts) and extremely powerful transmission of loud Chinese classical music whose drums and strings overwhelm other signals. This jamming has helped limit VOA’s Chinese listenership, which amounts to just 0.1% of the population, according to the latest audience survey.

Nevertheless, cutting the broadcasts has attracted some strong criticism. From the Taipei Times:

“Shocking and idiotic,” said Arthur Waldron, professor of international relations at the University of Pennsylvania and an expert on China [and author of The Great Wall of China: From History to Myth].

“Information is our strong point. As true news about China comes out, it will be easier for us to deal with them. Radios are very effective indeed at shaping public opinion,” he said.

“I would think this was bad satire, but I fear it is true. It shows a complete lack of understanding of the world situation and correlation of forces,” Waldron said.

More immediate disruption to shortwave broadcasts has come this week from electromagnetic interference caused by solar flares, reported by Xinhua.

Is Obama dismantling the freedom-based infrastructure of this country?

Where the Hell do I begin with this!? SHORTWAVE BROADCASTING! That’s what it’s all about!

But before I get into that I want to begin with the Electronic Communications Privacy Act of 1986 (ECPA), Pub. L. 99-508, October 21, 1986, 100 Stat. 1848, codified in 18 U.S.C. § 2510–2522 (Title 18, Part I Crimes; Chapter 119 Wire and Electronic Communications Interception and Interception of Oral Communications). A law passed by the Congress of the United States, under the pressure from cellular telephone interests, prohibited scanners sold after a certain date from receiving frequencies allocated to the Cellular Radio Service. The law was later amended to make it illegal to modify radios to receive those frequencies, and also to sell radios that could be easily modified to do so. This law remains in effect even though few cellular subscribers still use analogue technology.

The combination of the ECPA and the digital encryption of police, fire, and other emergency services to keep the public from listening in even when there have been documented incidences of public assistance in reporting the locationn of criminal suspects because private citizens were listening to police scanners. The move to digital trunked systems have essential destroyed the police scanner hobby and well as destroying the online radio scanner hobby enthusiast forums such as StrongSignals.net as noted by Chuck/AA1MN (amateur radio operator):

What’s happened is that legalities have put the squelch (no pun intended) on scanner manufacturers and, thus, on scanner enthusiasts.

The beginnings of this can be traced back to the era when thoughtless government officals stopped realizing that the public airwaves were just that -public – passing legislation banning the monitoring of cell phones rather than using a more reasonable approach of placing notification on cell and cordless phones notifing consumers that such calls could be monitored on certain scanners and, more to the point, making it illegal to misuse such overheard conversations as is done in other countries such as Canada.

Now, of course, many military and public services (police, fire, etc.) are gradually encrypting transmissions so that even the newest scanners and recievers are unable to decode them, effectively taking away many of the interesting frequencies on the bands.

Add to this the fact that since the digital conversion of the television frequencies scanners/receivers are now no loger able to receive VHF and UHF broadcast TV signals as the once could.

I have questioned Uniden regarding this and have been told via email and phone conversations that due to patent right considerations and other legalities that they are not able to employ technologies that would allow monitoring of encrypted public services transmissions or of the TV bands without raising the cost of production of such units to the point it wouldn’t be economically within the range of most scanner buyers.

Given this, plunking down $300.00 – $500.00 just isn’t worth it with the above frequencies unavailable or soon to be unavailable to the listening public.

Shortwave radio broadcasting is a vital means of getting real-time news for merchant seamen aboard ship on the high seas. American merchant seamen frequently tune in VOA shortwave broadcasts in English, the BBC Shortwave, and Radio Canada International and many other shortwave stations from other countries as do foreign seamen and people all over the world in need of non-propagandized news.

NO U.S. MARKET FOR
CAR AM/FM STEREO WITH SHORTWAVE & LONGWAVE? 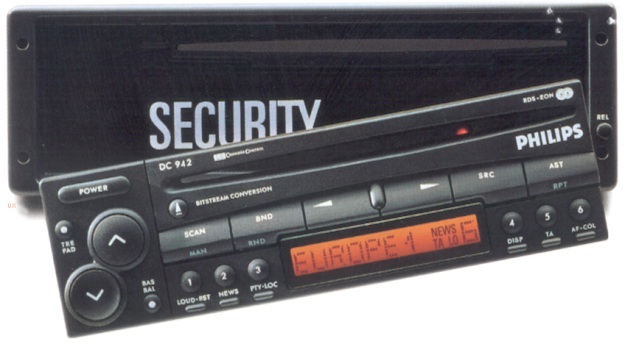 The United States has been an untapped market for car AM/FM Stereo with Shortwave Radio Bands for years, perhaps decades. With a little TV advertising and free market investments like Sony expanding their market into the United States would resurrect shortwave radio interests for the American people.